The two-day long forum was attended by more than four hundred guests from the country and abroad, experts in the area of energy as well as entrepreneurs whose businesses implement state-of-the-art achievements in the area of renewable energy. Among others, forum guests included Ištvan Pastor, Chairman of the Assembly of the Autonomous Province of Vojvodina, His Excellency Attila Pinter, Ambassador of Hungary in Serbia, His Excellency Pal Šagvari, Ambassador in charge of energy safety with the Hungarian Ministry of Foreign Affairs and Trade, representatives of the institutions of the Serbian Government, Serbian Ministry of Mining and Energy, Energy Agency, Autonomous Province of Vojvodina and Assembly of AP Vojvodina, EU and Energy Community, members of diplomatic missions in Serbia as well as representatives of the Universities of Belgrade and Novi Sad, many European universities and company groups, who were gathered under the auspices of the Hungarian National Trading House and leading energy companies in South East Europe.

Conference participants exchanged their experiences and knowledge in the area of clean technologies. They discussed actions to be taken in the process of energy transition and results achieved so far comparing them to current strategy included in the Serbian energy and sustainable development policies and they also discussed the experiences of the countries in the region and EU countries. The second day of the Forum was dedicated to the topic of business projects implemented in the country and abroad.

Serbian National Petroleum poveljaCommittee of the World Petroleum Council was awarded the jubilee Charter for 2016 on occasion of ten years of its existence and operation and for its contribution to the implementation of the most successful energy projects and improvement of energy safety in South East Europe. The Chairman of the Serbian National Petroleum Committee of the World Petroleum Council, Professor Petar Škundrić, PhD, received the Charter on behalf of the Committee from the hands of Tihomir Simić PhD, Chairman of the Forum. 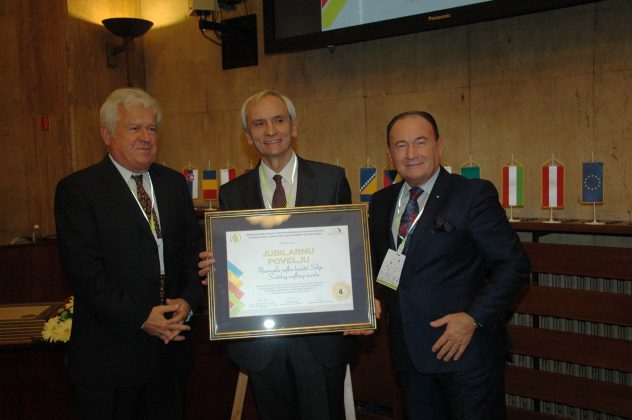